Burhanpur also known as the gateway to south is only 20kms from the borders of Maharastra. Burhnapur is an important industrial town of Madhya Pradesh. The mid-size city of Madhya Pradesh has been an important commercial city since the Medieval Period from the times Mughal ruled the area. The city was named after medieval sufi saint, Burhan-ud-Din. There is not much know about of the early history of Burhanpur. But many coins, idols have been discovered belonging to ancient period times telling about the presence of civilization in the area. During 753–982 the region was under Rashtrakuta Dynasty. 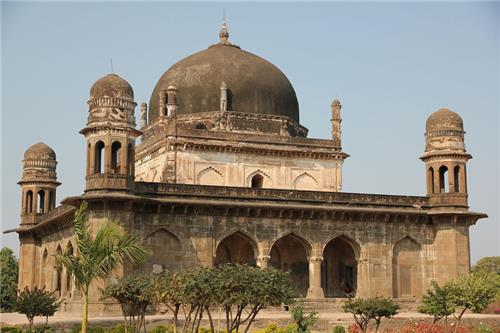 Tomb of Shahnawaz Khan
The region came under light in medieval period during the Mughal rule. The city was ruled by famous Mughal rules like Humayun, Akbar, Shah Jahan etc. the wife of Shah Jahan Mumtaz mahal died in this city only. There are many remains and historic building stating the stories of the Mughal rule in Burhanpur. Later Sambhaji a Maratha rule brought an end to Mughal rule in Burhanpur and started the period of Maratha rule in the area. From Maratha the rule of the town was passed on to the British. The town was actively involved in the fight for freedom of the nation. Burhanpur was later created from East Nimar District and declared a separate district on 15th August 2003.

Burhanpur was discovered in 1388 by Malik Nasir Khan who was a Faruqi dynasty Sultan of Khandesh. It was named after well-known medieval sufi saint, Burhan-ud-Din.

During Rashtrakuta Dynasty in 753–982, Burhanpur became a very important city. There are not many evidences and knowledge about early history of Burhanpur but many coins, goddess idols and temples have been discovered belonging to prehistoric era. 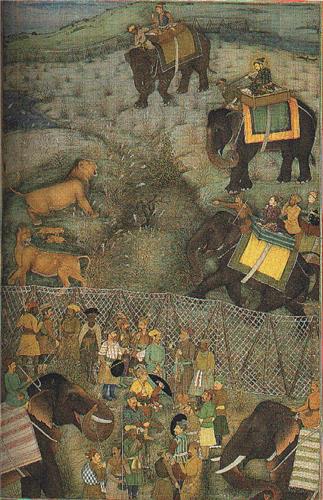 In 1536 A.D., the Mughal Emperor Humayun, after conquering Gujarat visited Burhanpur. Raja Ali Khan (1576-1596 A.D.), known as Adil Shah, sent an expedition to Khandesh, but later accepted the Suzerainty of Akbar. Raja Ali Khan built many buildings in Burhanpur and nearby areas in Khandesh like Jama Masjid in 1588 A.D., Jama Masjid at Burhanpur in 1590 A.D., mausoleums & Serai at Burhanpur and Idgah at Asir. Bahadur Khan (1596-1600 A.D.) was the successor of Raja Ali Khan and his son Prince Daniyal marched towards Burhanpur in 1599 and conquered the City on 8th April 1600 A.D. Prince Khurram was declared the Governor of the Deccan in 1617 AD, and was given the title of Shah by Jahangir. Shah Jahan ascended the throne of Mughal empire and reached Burhanpur (Deccan) on the 1st March 1630, and stayed there for two years. On 7th June 1631, his wife Mumtaz Mahall died at Burhanpur, and was buried in the Garden of Zainabad. On 6th March 1632, Shah Jahan left Burhanpur and appointed Mahabat Khan as the viceroy of the Deccan.

Burhanpur was ruled by various Mughal rulers for many years. After the Shah of Jahangir, Shah Jahan ascended the throne. In 1600 AD Shah Jahan came to Burhanpur and stayed here for almost 2 years. In his stay Shah Jahan was accompanied by his beloved wife Mumtaz Mahal. They stayed in ShahiQuila. There is tank called ZenanaHammam whereMumtaz Mahal used to take bath. The tank is still there and is famous till date for it beautiful frescoes on the ceiling. It is a blend of Mughal and Persian culture. Image in the ZenanaHammam is said to be the blue print of the Taj Mahal. On 7th June 1631,Mumtaz Mahal while delivering her 14th child died in Burhanpur. she was initially buried in Burhanpur in the Garden of Zainabad. After some time her dead body was tajen to Agra.


Burhanpur Under the Marathas

In 1681, Burhanpur was raided by Sambhaji, a Maratha accompanied by his general Hambirrao Mohite looted and tortured the Muslim population for three days where Mughal wealth was plundered by the Marathas, as Burhanpur was a Mughal banking community. Sambhaji was later on executed by Aurangzeb for crimes committed at Burhanpur. Aurangzeb executed many non-Muslims because they did not agree to convert to Islam.Santaji Ghorpade attacked Burhanpur which relived some pressure of Mughal armies from the region. Burhanpur was conquered by Peshwa Bajirao during his reign to Malwa and Delhi. Maratha army under Sadashivrao Bhau defeated the Nizam of Hyderabad and took over Burhanpur. In 1761 from Burhanpur the Marath army marched for Third Battle Of Panipat.
Towards the end of Maratha rule in Burhanpur the city was ruled by Maratha Sardar Holkar, Scindia, and then finally 1818 handed over to British by Marathas.

The region from mid 16th Century to the early 18th century was under the rule of Aurangzeb, Peshwas, Bahadur Shah (Mughals), Holkar & Pawar (Marathas ), Sindhia, Pindaris etc. In mid 18th century, the management came under the British.The Burhanpur district was like other part of the country equally involved in Great Uprising of 1857, which swept the country, against the British rule. In the Riots of 1857, Tatya Tope visited the region and burnt the police stations and Govt. buildings and escaped to central India by way of Khargone.

The Burhanpur was a part of beginning of freedom movement, Civil Disobedience movement, Non-Co-operation movement, Quit India Movement etc., to obtain the Independence of India, from late 18th century till 15th August 1947. The area during this time was visited by Swami Vivekanand, Swami Dayanad Saraswati of Arya Samaj fame, Mahatma Gandhiji in 1921, the great monk & founder of Ramkrishna Mission, Lokmanya Tilak etc.Burhanpur was an active participant in non-co-operative movement, Civil Disobedience Movement of 1930 etc. Nav Jawan Sabha was established in 1931 here only. Students took part in this movement.

Burhanpur was created from East Nimar District and declared a separate district on 15th August 2003 and Burhanpur town became the District HQ.